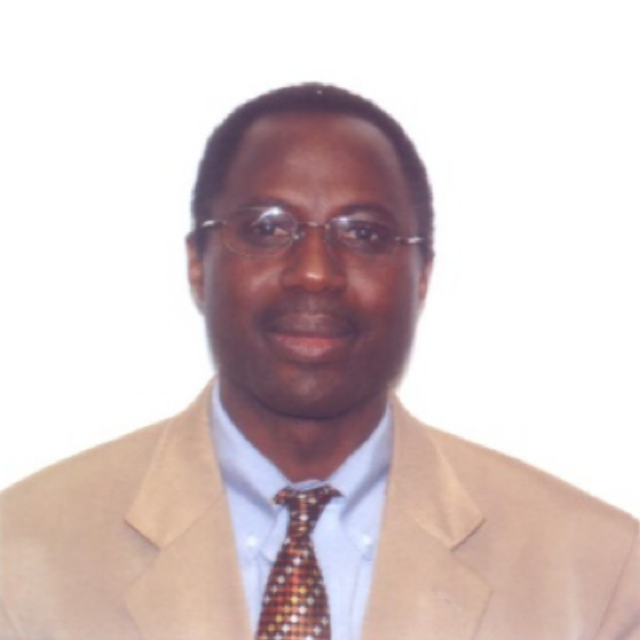 Professor Igietseme was born at Agenebode, Edo State, Nigeria. He attended Saint Peter’s College, Agenebode and the University of Nigeria, Nsukka (B.Sc Biochemistry, 1980). After his National Youth Service (NYSC), he worked as a Medical Representative at R.T. Briscoe Pharmaceuticals from 1981 to 1983. He then proceeded to the United States to obtain a Doctor of Philosophy (Ph.D.) at Georgetown University, Washington, DC USA in 1987. With subsequent training in immunity and pathogenesis of infectious and non-infectious diseases, including a postdoctoral fellowship at the University of Miami School of Medicine, Miami, FL USA (1987-1989), Dr. Igietseme’s academic appointments started in 1989 at the University of Arkansas for Medical Sciences (UAMS), Little Rock, AR USA, where he was promoted to the rank of Assistant Professor in 1993. He attained the ranks of Associate Professor (1998) and Full Professor (2002) of Immunology, Biochemistry, and Microbiology at Morehouse School of Medicine, Atlanta, GA USA! He was appointed as the Chief of the Molecular Pathogenesis Laboratory at the Centers for Disease Control and Prevention [CDC], Atlanta GA USA in 2002. Since 2002, Dr. Igietseme has had secondary appointments at the level of professor at Morehouse School of Medicine and Emory Medical School, Atlanta GA USA.

One of Dr. Igietseme’s research objectives has focused on the elucidation of the molecular and cellular elements of protective immunity against genital chlamydial infection and the design of experimental vaccines based on the hypothesis that chlamydial immunity is T cell-mediated. Genital infection by Chlamydia trachomatis is the most common bacterial STDs in the United States and several other industrialized and developing nations. The complications include pelvic inflammatory disease (PID), ectopic pregnancy and tubal factor infertility. Chlamydia is also a strong co-factor for human papillomavirus [HPV]-related cervical carcinoma. An estimated $2.5 billion is spent annually on more than four million reported cases of genial chlamydial infections in the United States alone. It has been generally accepted that an efficacious vaccine is the best approach to protect the greatest number of the population from chlamydial infections and their complications. Since C. trachomatis also causes trachoma, an efficacious chlamydial vaccine may also have significant implications in controlling the world’s most common blinding disease. Dr. Igietseme’s research findings have contributed to the current understanding of the crucial protective role of T cells, their cytokines, as well as the accessory role of the Fc receptors of antibodies in enhancing anti-chlamydial T cell immunity. Dr. Igietseme’s work in vaccine delivery vehicles and definition of the immunological conditions for inducing optimal protective immunity against chlamydia has translational potential in human vaccine design, delivery, and testing.

Dr. Igietseme has also focused on the molecular pathogenesis of chlamydial complications. He has described the role of chlamydial-induced dysregulation of host’s miRNAs and epithelial-mesenchyme transition [EMT] in the pathogenesis of reproductive tube fibrosis, infertility and possibly providing the co-factor function for invasive and metastatic cervical carcinoma In addition, Dr. Igietseme has described the role of chlamydial-induced unfolded protein response [UPR] in chlamydial pathogenesis by showing that UPR is a source of extra ATP energy and key nutrients such as lips required for the productive chlamydial infection marked by inclusion development. These findings provide a novel understanding of the molecular pathogenesis of chlamydia-associated diseases, which may guide a rational prevention strategy.

Prof Igietseme is US Government’s scientist and Subject-matter expert in biomedical science, a regular member of several US Government’s experts and international advisory panels for research evaluation and accreditation. He sits on the Editorial Board of several prominent scientific journals, including Expert Review of Vaccines. As an academic, educator and researcher, Dr. Igietseme is an Award-winning Scientist, a Principal Investigator and Program Director of several Govt, foundation and corporate research programs in infection pathogenesis, immunity, and vaccinology. He received the 1995 Red Sash Award for medical education at UAMS, and the 1999 Special Faculty-Dean Recognition Award for Outstanding Contribution to Basic Science Research at Morehouse School of Medicine, Atlanta, GA USA. He won the 2010 SHEPARD Award, the Nagano Citation, and the 2017 Divisional Science Award for outstanding research by CDC scientists. He’s cited in the WHO IS WHO in Medicine & Healthcare 2006-2007, 6th Edition, for outstanding achievement in biomedical research and education.

Dr. Igietseme is a member of several scientific/professional bodies and societies: American Association of Immunologists, American Society for Microbiology, Chlamydia Basic Research Society, and other American, European and International Scientific Societies. Dr. Igietseme’s research supports and grants are over $55 million in the last decade and recorded over 200 research publications and presentations. He has trained/mentored over 20 Ph.D./M.S. students since 1990; has mentored several junior faculty/professors and professionals.

Dr. Igietseme is very conscious of the need to maintain the biologic bonds with Nigeria and Africa, supporting diaspora community empowerment and advocacy for the progress of Nigeria and Africa in education, research and development (R&D), governance and development. Thus, Dr. Igietseme holds active membership or support of a number of Nigerian and African diaspora organizations. Dr. Igietseme was the Vice Chancellor’s Guest Lecturer in 2012 at the University of Nigeria, Nsukka [UNN], lectured on: Milestones in Chlamydia Research: Immunobiology, Pathogenesis & Vaccine, and discussed tips for a successful Biomedical scientist career. Furthermore, Dr. Igietseme is the International Coordinator and Originator of the “Promotion of University Biomedical Science Development [PUBSD]”, the National Universities Commission (NUC)’s program for promotion of academic/scientific research in Nigerian Universities through building of collaborations, identifying resources and funding opportunities, program development, training and technology/expertise transfers. Lastly, Dr. Igietseme is committed to the progress of the Nigerian and African community abroad, constantly facilitating and assisting with the provision of educational, career and employment opportunities for Nigerian and African professionals in the Diaspora. He projects a positive image of Nigerians and Africans in academia and scientific research in the international community. He is an inspiration for young Nigerians and Africans in the Diaspora and elsewhere. In recognition of his relentless community service and leadership for community development, Dr. Igietseme received the Outstanding Georgia Citizenship award from the Secretary of State GA USA in 2001. Dr. Igietseme has a family of 3 Children – Gabriel, Nene, and Jojackson.

DEDICATION OF RECOGNITION: Prof. Igietseme dedicates this spotlight to All Believers in Personal Sacrifices for Community and Societal Advancement.