Who deserves an award?
The Award is to recognize notable contribution of Nigerians in the areas of developmental and innovative projects. It is a way to promote the impeccable style of our world business leaders. Commemorative crystals will be presented to various awardees.

An independent Selection Committee will review nominations and determine the finalists and recipient(s) for each award by comparing your submission to the selection factors listed. All finalists will be invited to be photographed as they will be part of the program printed for that evening.

How do I write a compelling nomination?

For your nomination to stand out against the many others we receive, providing a clear explanation and including evidence and clear examples of what makes your nominee so exceptional will strengthen your nomination. This includes but is not limited to answering ALL questions on the nomination form as well as including supporting documentation and you are strongly encouraged to include references/testimonials.

Don’t just say your nominee is outstanding – prove it!

Remember we may not know your nominee or what makes them special so it’s important to use specific and concrete examples to illustrate how your nominee meets each of the eligibility and selection criteria. A compelling nomination should also describe as vividly and precisely as possible the difference your nominee’s contribution has made.

NOTE: we do not contact the references supporting the nomination. You must provide written documentation of their support.

The testimonial letters should:

– be written by individuals who know the nominee well enough to be able to talk about the impact of their achievement from first-hand experience;

– be current and written specifically for the award you are nominating for;

– provide various examples from a range of views and perspectives.

The testimonial letters should not:

– simply state that the authors support the nomination – they need to provide more information about the nominee and their achievement.

There are 20 Celebration of People Awards presented each year. Each award has its own criteria and application form. These can be found on each award page. We have compiled some to help you write a compelling nomination. Before you write your nomination please read.

The Award recognizes innovative projects and/or individual efforts that enhance accessibility, independence and inclusion for people with disabilities above and beyond established requirements. This award seeks to recognize buildings, interior or outdoor spaces, technology or services.

The Advocacy Award: recognizes the efforts and contributions of an individual, family member, group or organization towards raising awareness of issues and/or work which improves the lives of a person.

The Artistic Personality of the Year Award: recognizes a person, group or organization who contributes to the creative and cultural life of our community through his or her chosen artistic medium.

The Innovative Award: recognizes an individual who has a record of excellence and achievement in his or her chosen field.

The 2018 Community Leadership Award: recognizes a person who is an example of exceptional citizenship, as demonstrated by their record of wide-reaching leadership and involvement in the community.

The Kaleidoscope Man Award: recognizes an individual, program, or institution that has demonstrated leadership and commitment in providing and promoting inclusion and accessibility for people with disabilities in educational programs or activities.

The Leadership Award: recognizes the outstanding commitment and contribution to their organization and/or workplace.

The Excellency Award: recognizes an someone who demonstrates best practices (“what works”) in promoting accessibility and inclusion in the workplace.

The Outstanding Print: recognizes the initiative and commitment of a local and International representation in Journalism, or a team or organization that is inclusive of people.

The Kaleidoscope Man of the Year Award: recognizes a volunteer whose contributions have had a positive impact on the lives of people.

The Volunteer Opportunities Award: recognizes an organization that has shown leadership in creating opportunities for people to engage in meaningful volunteer activities.

The Youth Award: recognizes a youth who has demonstrated excellence and perseverance in achieving a significant personal goal or in serving others. 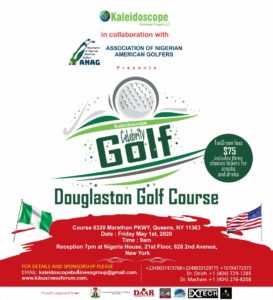